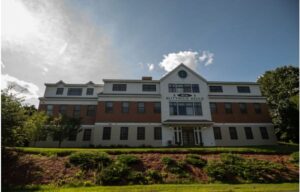 Your eye health plays an important role in your overall health, wellness, and comfort. At Spindel Eye Associates, we can help you take charge of your eye health with regular eye exams, LASIK eye surgery, and advanced treatment for a variety of vision problems, including dry eye disease and glaucoma. You can reach an eye doctor in Londonderry to discuss your eye care options by calling (603) 421-6528.

From Lawrence, take I-93 N to exit 4 for NH-102 toward Derry/Londonderry. Turn left onto NH-102 W/Nashua Rd., following signs for NH-102 W/Londonderry/Hudson, then turn right onto Buttrick Rd. in 1.3 miles. We will be in the first building on your right, just after passing Orchard View.

From Manchester, take I-93 S to exit 4 for NH-102 toward Derry/Londonderry. From the exit, follow signs for NH-102 W/Londonderry/Hudson and turn right onto NH-102 W/Nashua Rd. Continue 1.1 miles to Buttrick Rd. and turn right to find Spindel Eye Associates in the first building on your right.

Londonderry was originally part of Nutfield, a community established by the first European settlers in the area in 1718. The town was later chartered in 1722 and received its current name. During the early Colonial period, Londonderry was the second largest town in the region, containing land that today comprises the surrounding areas of Windham, Derry, and Manchester. Londonderry is also famous as the location of the first American-grown potato in 1719.

Today, Londonderry covers an area of 42.1 square miles and is home to a population of 24,129. The town contains many of the area’s large businesses, as well as several local orchards, which have earned Londonderry the nickname of “Appletown.”

If you would like to use your insurance benefit, please call our office to speak to an optician.

Is Surgery For Me?

Find out more information to help you decide if you are a candidate.

Our team will help you find a solution to afford your procedures!

Send us information about yourself for your evaluation.