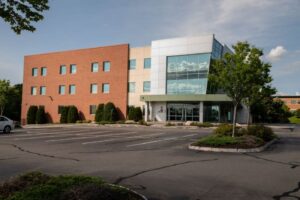 To maintain your vision, it’s important that you visit a skilled eye doctor on a regular basis. Whether you need a routine eye exam or LASIK surgery, the team at Spindel Eye Associates would be proud to serve you. We’ve been improving the vision of Derry residents for over 35 years.

Driving to Our Derry Office:

If you’re coming from the south, take I-93 N until you get to exit 4 for NH-102 toward Derry/Londonderry. Turn right onto NH-102 E/Nashua Rd, then turn left onto Elm St. Continue as Elm St becomes Maple St, then turn right onto High St. High St will eventually turn into Folsom Rd, then Tsienneto Rd. You should see our office on the left.

Derry was settled by Scottish and Irish families during the early 1700s and formally incorporated as a town in 1827. Derry, NH got its name from the city of Derry, Ireland, which was named for the Irish word for “oak woods.” According to local legend, some of the first potatoes in the United States were planted in the Derry, NH area.

Today, about 35,000 people live in Derry, NH. Derry is the hometown of Alan Shepard, the first American in space. Famous poet Robert Frost also lived in Derry for about 10 years near the beginning of the 20 th century. Pinkerton Academy was founded in Derry in 1814, and is one of this country’s oldest private schools still in operation.

If you would like to use your insurance benefit, please call our office to speak to an optician.

Is Surgery For Me?

Find out more information to help you decide if you are a candidate.

Our team will help you find a solution to afford your procedures!

Send us information about yourself for your evaluation.